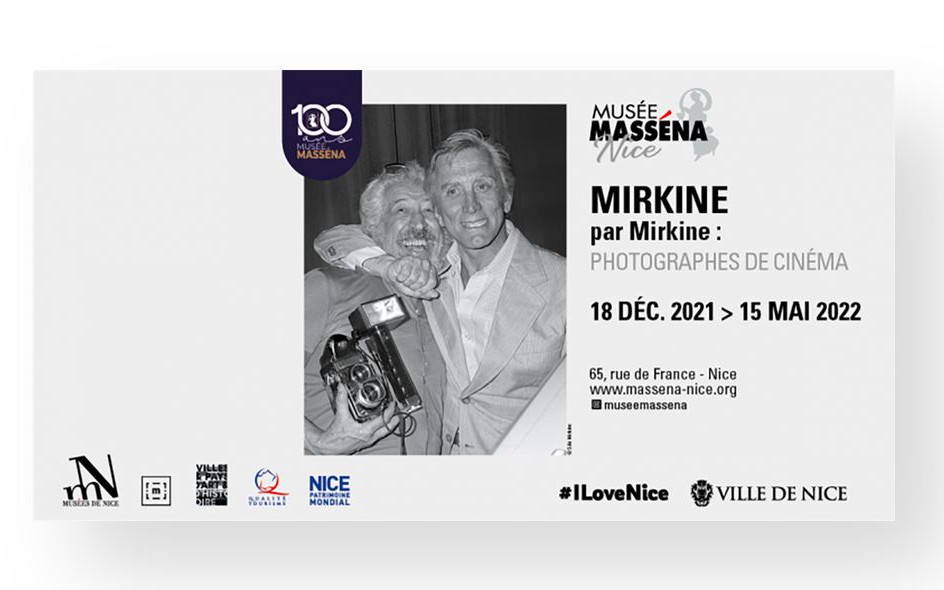 The exhibition highlights this family saga of which Stéphane Mirkine is the messenger.

While nearly a century ago the young Leo Mirkine arrived on the port of Nice fleeing the Bolshevik Revolution, the City of Nice celebrates the beautiful years of cinema through the exhibition "Mirkine by Mirkine: film photographers" at the Masséna Museum, from December 18, 2021 to May 15, 2022.

Léo Mirkine is the photographer of the 7th art with an extraordinary destiny intimately linked to the history of the City of Nice as a resistance fighter from the first hour and photographer of the Studios de la Victorine where the Mirkines (father and son) contributed to more than 80 feature films.

From 1952, aged 18, his son Siki showed all his dexterity on Fanfan la Tulipe by Christian-Jaque and in turn contributed to enriching the Mirkine collection. For more than thirty years, he rode alone as a set photographer for Duvivier in Chair de Poule, Autant-Lara in Le comte de Monte Cristo, Verneuil in Une manche et la belle and expressed himself on camera as a favorite assistant operator on Georges Lautner's films shot at the Studios de la Victorine.

There are more than 250 prints, a reconstruction of the Studio Mirkine at 88, rue de France, original works and unpublished archives that the public will discover in an aesthetic and historical fresco that begins in 1933 and immortalizes half a century of French cinema.

From Mistinguet to Bardot, from Brasseur to Belmondo, from Abel Gance to Vadim, the visitor will take turns capturing the talent of Léo Mirkine, set photographer of Le Chanois, Pagnol, Carné or Clouzot, the favorite portraitist of Sologne, Blier or Morgan, the photographer of international stars and more than 160 feature films, great classics And God created the... wife of Roger Vadim or to name a few Les Diaboliques by Henri Georges Clouzot or Le testament d'Orphée by Jean Cocteau.

Leo Mirkine also speaks far from the plateaus. An aesthete passionate about the female nude, he became one of the first reporters lucid about the situation in Africa and the post-war USSR.