"NICE, CINEMAPOLIS" - MUSEUM MASSENA
" THE DEVIL INSIDE *. WHEN THE OP ART ELECTRIFIES THE FILM"- MAMAC
" CINÉMATISSE"- MATISSE Museum"
" ALAIN FLEISCHER, THE IMAGE THAT COMES"- MUSEUM OF PHOTOGRAPHY CHARLES NÈGRE
" "BEN: LIFE IS A MOVIE"-109
" CLÉMENT COGITORE '' - MARC CHAGALL NATIONAL Museum "
" THE VICTORINE in the ŒIL of the MIRKINE - '' photographers - airport of NICE, the PAILLON PROMENADE and the VICTORINE STUDIOS " 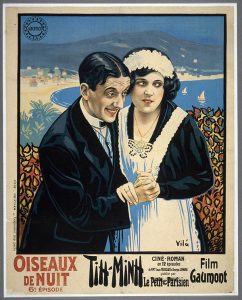 In partnership with the Cinémathèque Française.

Exposure proposes, through a richly documented historical fresco, to evoke the intimate relationship between Nice to cinema, from its invention by the Lumière brothers to today. This chronology, stretching from 1896 to 2019, illustrated from many collections and more particularly that of the French Cinematheque, can attest to the intense cinematic activity of Nice and the fundamental role that the city has played in the development of the 7th art, throughout the 20th century.
The itinerary of the exhibition evokes the beginnings of cinema, his appearance in the first places of entertainment, the installation of the first studios including the Victorine, including the 100th anniversary is celebrated in 2019, the fate of cinemas but also the many personalities associated with this art, inventors, creators, directors, producers, actors and worked in Nice.

The exhibition is dialogue various works: excerpts from films, posters, photographs of filming, manuscripts etc., thus leading the visitor to discover, thanks to a transversal approach to the nice history of film, the history of a city that we nicknamed the "European Hollywood".