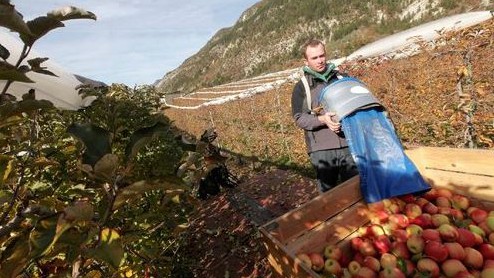 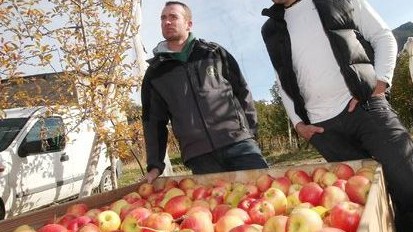 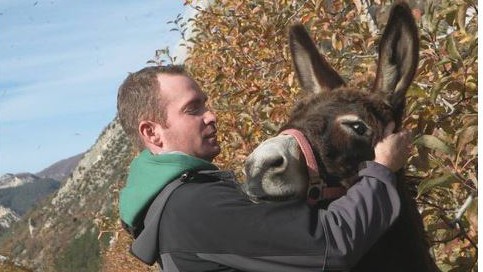 Pascal Magnan is an apple grower in Entrevaux.
His family farm delights the stalls of the Côte d'Azur

On the hillsides of Entrevaux, on the edge of the Alpes-Maritimes, the trees give their last fruits in autumn. The harvest, which began on August 15, will soon be completed.
It is on this land inherited from the grandfather, that Pascal Magnan perpetuates the profession (three generations!). Because I had to. But happily. It now produces about 100 tons of apples a year, of which it sells almost all of it to the nice national market.
It is the wholesaler, Matimpex, who then supplies apples of "our" terroir, restaurants, supermarkets, supermarkets, and grocery stores of the Côte d'Azur.
A faithful partner of the school restaurant of the city of Nice, Pascal Magnan delivers his apples from September to February. Each year, nearly 24,000 kilos of apples are delivered and served to children in nurseries and municipal schools.

"We don't count our hours especially in the summer. We do a lot of things, but at our own pace. And we're happy with our lives."
Pascal Magnan

8 a.m.
The days are short. Forget the sunrises in the summer at 5 a.m. when the harvest period begins. Today the leaves have scorched. Pascal Magnan pulls out his donkeys, Hazelnut and Maya, and invites them to graze the grass between rows of trees.

9 a.m.
A visit to the nearby Intermarket which opened in the spring. The owner Eric Michon, who also owns the Annot brand, sells only "local" apples. "It's normal to give thempriority," he says.

10 a.m.
The lift platform sneaks between the trees. Four hectares of apple trees to pamper, to protect from hail with nets. The harvest is done entirely by hand. The machine simply avoids climbing the ladder.

1 p.m.
A 300 kg "pallox" of "Pinkiss" is ready to go cold. The apple needs the cold room to be preserved. She'll be out in a few days, or weeks. Then it will be calibrated and then packaged. Pascal Magnan does everything. He has mastered his production from A to Z. He has no employee. It is the choice he made that allows him to live properly. He knows very well that he has nothing to do with large structures like those in the Alps that export apples sometimes far enough. The advantage of Entrevaux is a production that arrives earlier in the season, and of good quality, thanks to a fairly large gap between the temperatures of night and day.

3 p.m.
Pascal Magnan checks the parameters of the cold room with a controlled atmosphere. An ultra-secure and locked place where the apple matures for several months by removing carbon dioxide from the bunker and preventing oxygen from entering.