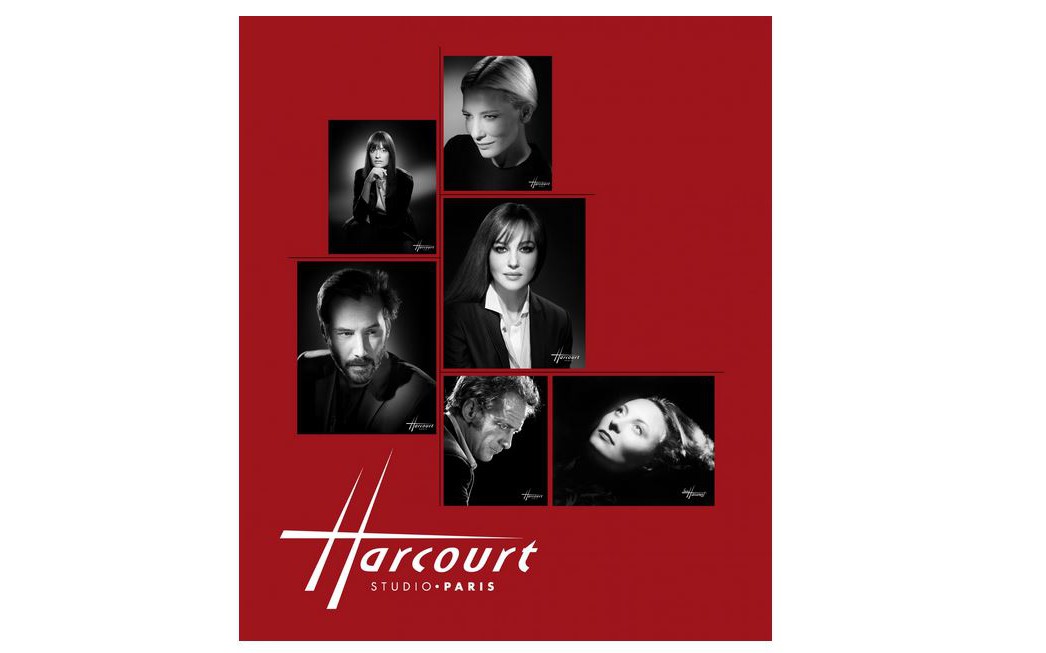 Since its creation in 1934, Studio Harcourt, out of time and fashion, has preserved and cultivated the fundamental values that have forged its success and reputation: the requirement for excellence, respect for a French aesthetic and elegance.

Imagined by Cosette Harcourt, an exceptional woman, modern and with a bold avant-gardism, the eponymous Studio at its founder was born from her collaboration with Robert Ricci and the Lacroix brothers, press bosses with visionary instincts and seasoned businessmen.

Studio Harcourt's aesthetic draws its heritage from the glamorous roots of the golden age of French black and white cinema. This unique image, conceals a history, an emotion, learned alchemy of chiaroscuro.
Often imitated but never equalled, the Harcourt style has become a guarantee of eternity, an iconographic reference that, over the years, has established itself as an essential signature.

An ergible institution now labeled "Living Heritage Company", the Harcourt label is part of the collective unconscious and continues its quest for timelessness, engraving its imprint in the imagination of time. Pictorial memory of the great artistic, cultural and political figures of the twentieth century, the legend stands out as a matter of course, defying the passing of time.

It's up to you to strike a pose!

For the duration of the exhibition thanks to the Harcourt photo booth installed in the museum, everyone can have free access to the dream of being photographed in the Harcourt way.

Launched in preview at the 2011 Cannes Film Festival in the Studio Canal+ space, this photo automaton allows everyone to approach the Harcourt myth in their own way. It is part of a very contemporary trend where the individual wishes to be a star himself and have his moment of glory.

Her real name, Germaine Hirschefeld, Cosette Harcourt born in Paris in 1900. She is the daughter of German Jewish traders. In 1930, she learned photography in the Manuel Frères studios. There she met the press bosses Jacques and Jean Lacroix as well as Robert Ricci, son of the seamstress Nina Ricci, with whom she founded the Harcourt studio in 1934.

The objective is to meet the need for images of the two brothers for their publications, magazines. Rich in her experience in the studio of the Manuel brothers, specialized in portrait and industrial photography, Cosette quickly became the linchpin of the project. She set up a well-defined strategy that allowed, in a short time, to seduce the clientele and to found the reputation of the studio. Using the lighting of the cinema, he quickly developed a new aesthetic. Each of his prints can be spotted among all thanks to the Harcourt label which evolves over the years. Installed from 1938 in a luxurious mansion at 49, avenue d'Iéna in Paris, the Harcourt studio became the place of passage of the personalities who make the "Tout-Paris".

The Harcourt style is generally characterized by a close-up of the subject – size shot framed on the bust or close-up on the face, which involves a fairly elaborate retouching work, on the negative as on the proof, to erase the imperfections of the portrait and refine the texture of the skin – according to an extremely coded aesthetic. The model is taken at its best angle, often three-quarters and / or in low angle (the frontal plane is rare), illuminated by a light of cinema projectors generally lateral (tungsten lighting which favors the effects of luminescence on the face and moire on the background) or halo creating a strong chiaroscuro effect, in shallow depth of field, on a background of gradient from gray to black, with attention paid to the eyes, diverted or raised.

In occupied Paris, after June 1940, the Harcourt studio increased its activity and, modernizing its facilities, quickly became the first portrait studio in the capital following the closure of its main competitors, the Manuel brothers. Jean Lacroix, after having negotiated with the occupier the supply of the necessary raw materials (films and chemicals), launches a new consumer magazine: Vedette. The illustration is largely provided by the studio. On the first page is then inevitably displayed the portrait of an act