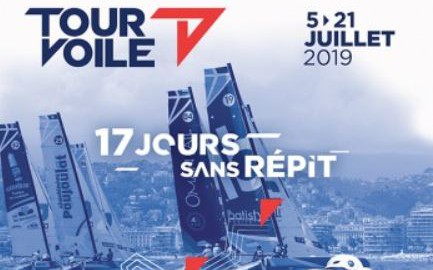 PROMENADE OF THE ENGLISH

In Nice, the final act will also be played on two days of nautical stadiums. Just outside the promenade des Anglais, the show looks sporty and spectacular.

On the 20th and 21st of July, the skippers will compete in the Baie des Anges until the Super finale, the winner of this 41st Edition!
Visitors will be greeted on the base of the sailing tour, Quai du United States, where the sport will be at the heart of the animation: from the effervescence of the Paddock to the early morning, to the podium through the live commented races from the spectator area, the riders, the champions of the sailing tour, will be brought to light for the greatest enjoyment of the public.