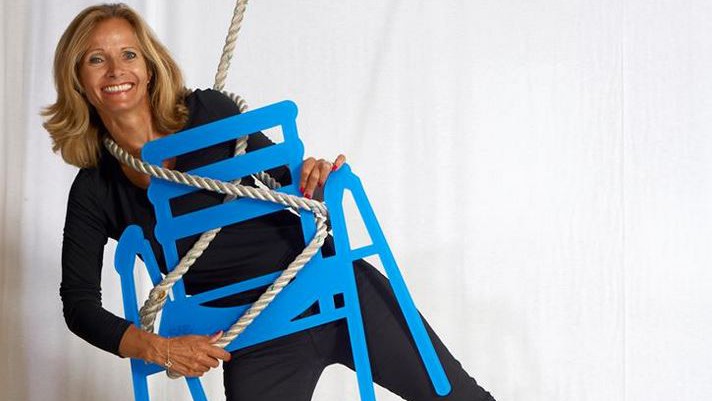 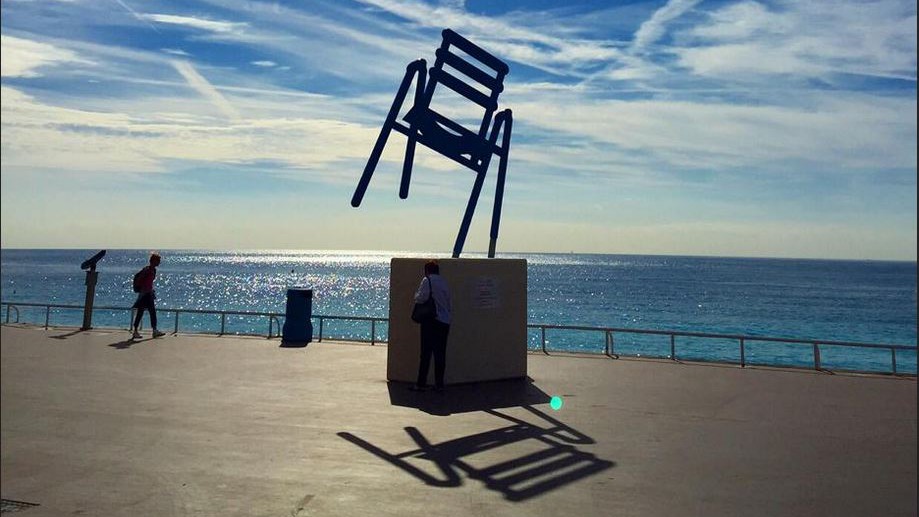 Do we really have to present it?

A contemporary Niçoise artist as pretty as talented!

And obviously passionate about the city of Nice and its Côte d'Azur.

Sabine Géraudie is the author of "The Blue Chair of SAB" to which the City of Nice naturally gave its place on the Promenade des Anglais, at 107 Quai des Etats-Unis.
The famous blue chair, designed by Charles Tordo in 1950, which identifies Nice and his Promenade des Anglais, is represented by the artist in 2D, which gives it all its specificity and originality: regardless of the angle from which you observe it, it seems that you can settle there, it offers a perspective, but it is perched, like something that is deserved! there is a bit of magic in this work.... and SAB has designed a range of derivatives that are inspired by them, and are objects of very trendy decorations: paintings, sculptures and even jewelry of series or unique pieces, everyone can take a small piece of the Riviera. A little of that blue that amazes us!

Sabine Géraudie is now a well-known artist, she is a visual artist, a painter, she is also an interior decorator who will love to design with you artistic projects that meet your dreams.

To find out everything about SAB, or almost and contact her http://www.sab-nice.fr/

It should be noted that you can also see at MAMAC, the tribute paid to the blue chairs in 2004 by Armand Pierre Fernandez, known as Arman, in the form of a monumental accumulation in the façade of the Museum of Modern Art and Contemporary Art composed of several hundred of these reformed chairs.