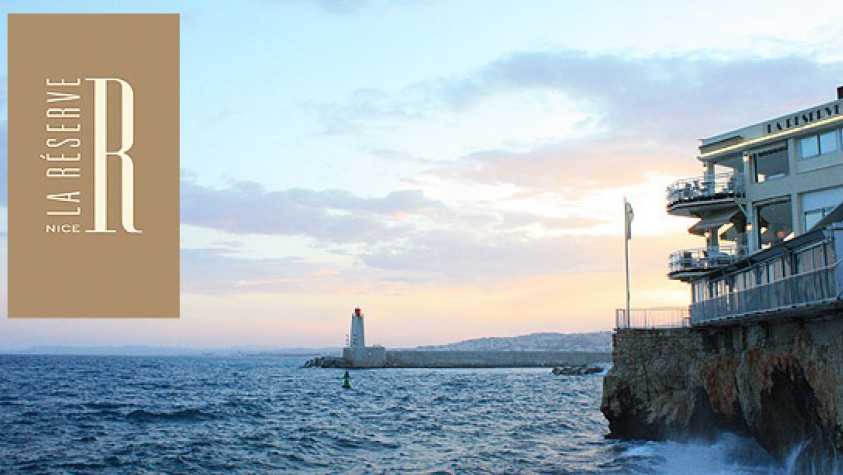 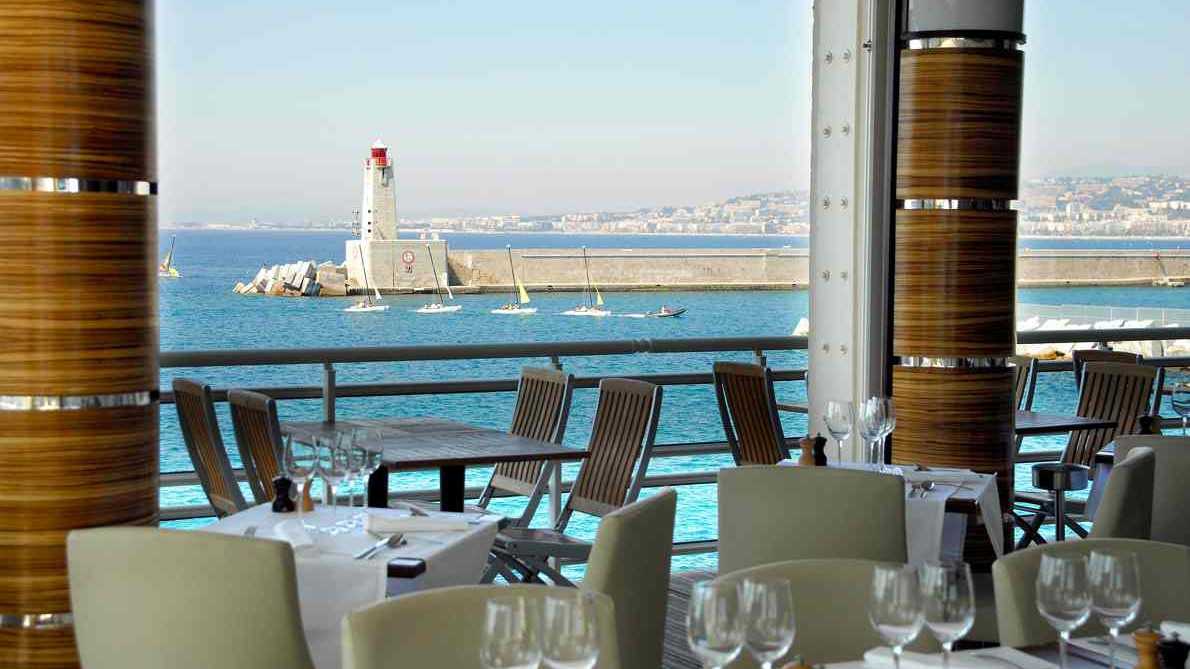 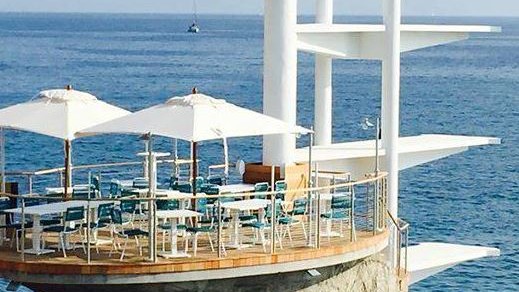 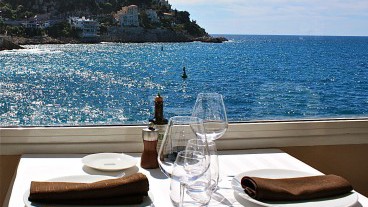 Amared since 1862 at the port of Nice, backed by Mont boron, "La Réserve de Nice" is named after the Viviers once settled at its feet. It is an emblematic place, well known to all the Niçois.
Its privileged location boasting panoramic views, makes it a choice destination for a lunch on the terrace, feet in the water, or a dinner with breathtaking views of the Bay of Nice.

The place has been immortalised by the photographs of the famous nice photographer Jean giletta, "the reserve" is part of the heritage of azurean.

Come and enjoy the most creative gastronomic cuisine signed by Sébastien Mahuet *, a young Chef rewarded in 2011 by the title Gault and milau d'Or, he will introduce you to his Mediterranean specialities.

CALL QUICKLY TO BOOK YOUR TABLE!

*Sébastien mahuet this young chef has made his classes in very beautiful houses: the "Bastide Saint Antoine" with Jacques chibois (1 Michelin star Guide), or he initiates a special approach of vegetables (1999), the "Golden Goat" with Jean-Marc Delacourt (2 stars in the Michelin Guide), of which he learns rigour and professionalism (2001), at the "Vistaero" with Olivier Streiff, whose imagination and creativity (2004-2005), and finally at "l'Atelier du Goût" with Jouni, as chef Executive Officer (2006-2008).
Since 2009, Sébastien Mahuet has been in the direction of the kitchens of "La Réserve de Nice".
Passionate about Mediterranean flavours, he cultivates the taste of good products and sweet/savoury combinations.
Sébastien Mahuet was awarded in 2011 by a Gault Millau d'Or and in 2013 by a Gault Millau trophy "produits de la mer".